Posted on July 31, 2010 by horsegirlonajourney 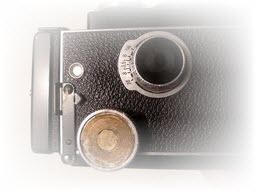 My goal today was to ride three small loops around the ranch and practice responsibility #4: engage the natural power of focus.  I set the goal at three because I felt that no matter what happened, we could both do three laps before it got too dark. (Even if it meant dismounting and playing on-line for an hour between circuits.)

One of these days I will make a master sketch with all the buildings, obstacles, terrain, animal habitats, and houses. But until then, this will have to do. The loop encircles approximately one acre of land.

Focus is one of the biggest challenges I have when riding. I’ve found that the better I get at focus, the better I get at fluidity. As my fluidity increases, my fear decreases. I am a lot less fearful than I used to be (yay!) and much more in tune with the early signs of fear starting to bubble up — in myself and in Rocky.

But focus! Focus, when my ability to think of a dozen conflicting things at a time iIs the foundation for my success as a freelancer?

And with horses, well, my horsie is soooo cuuuute, I want to look at him. His perky ears, his cute combover, his knowing smirk when he tilts his head just enough to look me in the eye — how can a tree branch way ahead of us compete with that? I also want to take in the scenery, talk to everyone I meet, gaze at the sky, take a photo of Rocky’s adorable ears, think about the novel I’ve been composing in my head for two years, and who knows what else.

Yet I know from 15 years of motorcycling that you go where you look. Look down, go down. Look where you want to be, and lo!, that’s where you’ll be. Of course, once you get there, you’re looking beyond to the next place. But that’s okay. That’s how you keep moving, safely. Just ’cause I sold the Ducati to buy an Appaloosa does not mean this basic principle has changed.

So. Focus. Pick something far enough away and above the level of my shoulders to help me keep my eyes up, but close enough that we can actually get to it. Focus on keeping my mind in my body so that I can connect my spirit to my horse’s. Focus so that if Rocky drifts left when we need to go right, he will bump gently into my leg like a rowboat against a pier and can ease himself back onto the right path.

Rocky strode out happily, looking at things, a little nervous about the pig and curious about new trailer added to one of the pens so its resident can become blah-blah ho-hum whatEVER about trailers. I, on the other hand, had to battle a swirl of anxieties. Was he limping? Had I tightened the cinch enough that the pads wouldn’t swivel under him if he spooked and I had to bail? Did he trip because he is clumsy or because my weight is excruciating? Am I keeping enough focus for him to follow? Am I tensing my lower back?

And of course EVERYONE ELSE just swings up and rides, right?

Yet by the third circuit I had my focus focused. I thought of a famous story in the Parelli oeuvre about horse newbie Stephanie Burns and her partner Helen having to trot for seven minutes, and not being able to chicken out because Pat himself was watching — and timing — the exercise. After minutes of terror, Stephanie reached the giving in stage; after that, she began to enjoy it. Or, not to put it too technically, she had to get over that initial EEK! in order to find the WHEE!

I also thought about my recent decision to trust my intuition about Rocky’s own feelings. He was having a great time. In fact, I suspected that he was showing off to the other horses. If you think that’s anthropomorphizing, well, you must not have an Appaloosa.

Apparently whatever objection Rock used to have to the curry-comb-and-brush style of grooming no longer applies. He practically melted under my ministrations before and after the ride, stretching his head giraffe-high and lipping the top edge of the barn wall in ecstasy. I let him back into his stall feeling good about the whole excursion. It was long enough for each of us to learn something, but brief enough to keep it positive and simple for us both.