Posted on June 12, 2015 by horsegirlonajourney

On Monday I was still heat-lagged from three days of horse expo, but I was also determined to stay dedicated to my daily horsemanship goal, and so I went out and I played with Rocky and then River. 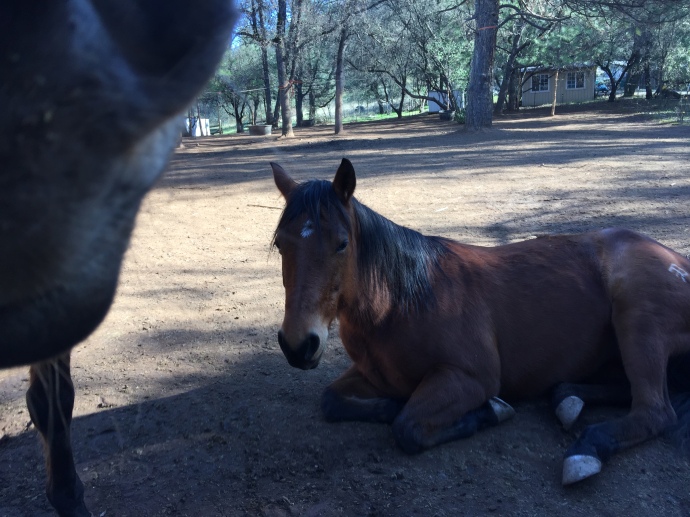 Sometimes we’re not aware of our progress because we’re so focused on what we can’t do, or aren’t doing, that we fail to notice or acknowledge what we can do or are doing. Other times it’s even simpler: we get busy and buried and can’t keep up with our daily logging, and suddenly it feels like we’ve not “done anything” for months.

At the halfway point of this year I can see that keeping the very brief note in the small hardcopy calendar works for me. It’s easy to update – I keep it near my pillow – and without room to write details, it’s great for noticing progress and milestones without burying them in a bunch of blather. At the same time, I’ve been missing the process of blogging about the details, so I’m layering that in to my goal for the rest of the year.