Horse-crazy? It doesn’t have to be “just” a dream.

Posted on February 21, 2011 by horsegirlonajourney 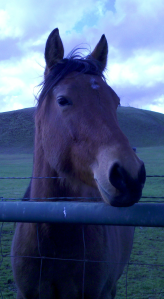 All through childhood, my chant at every birthday candle, fountain, and other wish-appropriate occasion was “please let me someday have a horse and enough money to take care of it.” I remember putting a lot of time and effort into trying to find a phrase that encompassed that idea without using “and,” as I worried that “and” indicated two wishes, and I did not want the wish-granting beings to think I was trying to sneak an extra one in or go over my quota.

I considered just wishing for money, as obviously I would use it to care for horses, but that seemed greedy and non-specific. Pretty much everyone wants more money, so it didn’t seem special enough to use for a wish. It also entailed the risk that money would arrive but not in the quantities required to transform it into manure.

I also considered alternating the wishes: money with the birthday candle and a horse with the penny fountain, for example. But that had the same risks as just wishing for money. Even worse, it could backfire and result in a horse that I would have for a little while but then would be taken away because I didn’t have the means to take care of it.

Apparently the “and” did not negate the wish, for here I am, three months shy of 40 birthday candles, renting a home on the same property where I board my herd of three.

“What makes the difference between wishing and realizing our wishes? Lots of things, and it may take months or years for wish to come true, but it’s far more likely to happen when you care so much about a wish that you’ll do all you can to make it happen.” ~ Mr. Rogers 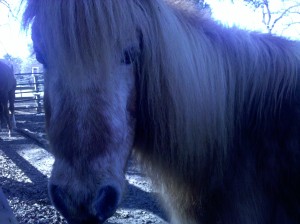 As we learn from Disney’s version of The Lion King, you have to put your behind in the past. Can’t change it, can only learn from it, and move on.

But I do want to tell anyone who, like me, believed that horses were something that happened to other people, that you do not have to wait until you are divorced or fed up or — gasp — old to get your first horse. You don’t have to marry and have kids if you don’t want to (and if you do want to, it’s worth spending time at Parelli events to find someone compatible with your horsemanship dreams). You don’t have to buy a house (it’s not the “investment” that the American Myth says it is), you don’t have to own property or live in the country to have a horse, and you don’t have to “stick it out” in normal lesson barns until you get your own horse to start Parelli.

I don’t want to save “just one person” from the delay and frustration and sorrow of believing it will never happen for you. I want to save you all. 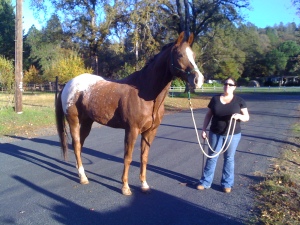